Did you know Smurfette had plastic smurfery done?

Posted on September 5, 2016 by DWHirschAuthor

“I do not like to repeat successes, I like to go onto other things.”~Walt Disney, American cartoonist

Cartoons are the foundation of Life.

I forgot about that until I came across this post in my WordPress feed. The author discusses her discovery of the Star Trek animated series and impressions of it. She asks boldly in the title: Hey, Did You Know “Star Trek: The Animated Series” Was a Thing?

Yes, I did. I watched them as a kid and own the DVDs.

Yes, they are as horrible as the concept implies. Yet, I love them, and not in the I’m-a-devoted-Trekker-and-therefore-love-everything-about-Star-Trek way. I forgot about the clever plots and the character cameos–albeit few–that make the series tolerable. Actually, I think an episode binge-a-thon would make a great drinking game. 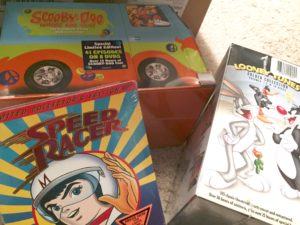 What childhoods are made of

The post made me nostalgic for all the cartoon series I grew up with that helped me grow up. First, just waking up at 8am to catch the start of Saturday morning was an accomplishment. I’m not a morning person now and never was back in the Sugar Smacks days. I was lucky to wake up at 8:30am for the Snorks, which I adored more than its popular companion series The Smurfs. I wished the two shows had been switched in time slots; I was usually up by 9am, catching the last few minutes of Snorks.

Snorks are underwater creatures that I found more engaging that Smurfs. A quick online search revealed why I thought that. The main Snork, Alistair, is an scientist and inventor. Casey, the main female Snork, fights bullies and is an artist. Tooter can only speak in toots which helps him communicate with sea life. According to Wikipedia, his mother has a lisp.

Other characters were equally intelligent and well-developed: Daffney acts in plays and creates artwork; Dimmy learned ballet to improve his athleticism; Corky has medals from heroic actions; and Occy is the pet octopus who plays instruments to sold-out crowds. And these are just the main characters!

Damn, I have rush out and buy that series now.

My birthday is Friday. Things that make you go hmmmmmmm…. 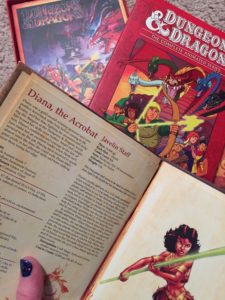 What an unusual yet great character name!

I watched Dungeons and Dragons, a series based on the cult dice game. This I own on DVD. Not only did I like the game, but the quests the characters went on involved bravery and intelligence to complete. There were two female characters in the show, both intelligent, and one was African-American. I mention that only because I don’t recall diversity being prevalent on Saturday mornings, let alone strong females.

Did you know Smurfette had “plastic smurfery” done to change her from the short, black hair, annoying creature made by Gargamel to a real Smurf. So…the only way to become a “real” female is with blonde hair, blue skin and long eyelashes?

My husband reminded me of his favorite show, Looney Tunes, which I liked, too. Bugs Bunny may have been snarky, but there was some serious brain power going on there. Maybe it came from eating carrots. I always pulled for the Really Rottens to win over the Scooby Doobies or the Yogi Yahooeys in Laff-A-Lympics because I root for the underdog. The two good-hearted teams won far too often; The Really Rottens won twice throughout the series.

Star Blazers was a weekday anime soap opera, one I rushed home from school to see. Among its many themes, the show contains a love story, death, jealousy, funerals, renamed historic world events and alcohol references. It cemented my love of sci-fi and taught me a bit about accepting tragedies and struggles in life as the crew travels light years distance to obtain Cosmo DNA to save Earth from the radiation attack by Gamilon. This was 1979, folks. Think about it.

One Response to Did you know Smurfette had plastic smurfery done?