Writers, ask yourself this one question

Posted on July 7, 2016 by DWHirschAuthor

“The best way to predict the future is to create it.”~Peter Drucker, American businessman

Is your book actually a book?

This is the Fiction Journey.

That initial question posed at tonight’s Ann Arbor Emerging Writers workshop did not make me pause. I have several stories in development, and of course my book is a book. My story is developed, thought out, planned and is written or in the process of. There’s lots of fun, dramatic characters in both my memoir and crime fiction and my story is published. That’s what makes a book a book. Right? 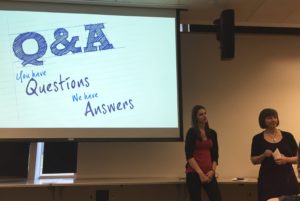 That question is more layered than “I want to write a book.”

The co-organizers challenged us by delving further: is it a book or is the story just an idea? There’s a different focus when you’re writing fiction versus non-fiction, but that initial question remains the same.

At its heart, a book has conflict. Without that, your story is a blog post. The three elements to determine the difference are idea, concept and premise.

The idea is just that: a quick thought, a wish or a vague desire. Let me play the book game using my Jimmy the Burglar short story as an example. Since I’ve been working nonstop of memoirs, I wanted to try a different genre, so I wanted “to write a fun crime story.” That’s my idea right there.

The concept is a focused description of that one-line idea. At this stage, you expand that into a general or generic scenario. Jimmy the Burglar‘s concept was about “a thief who is trying to get into an organization, but he doesn’t have all the skills needed.” Notice how there’s a spark of conflict there? At this point, there are no names or physical description, but now there is focus. The details come next.

The premise is the last step, and this is the one that turns your idea into a story. This is where you introduce the plot, similar to a book’s back cover blurb. The premise of Jimmy the Burglar taken directly from my Amazon page is this:

“Jimmy has always wanted to follow in his family’s footsteps and become a member of the prestigious Burglars Union Guild. He has two strikes against him when he can’t pick a lock and he fails his practicum. In order for him to be admitted into BUG, he has to pass his final exam. Jimmy’s proposal is ambitious and potentially profitable. It also involves picking a lock.”

If you can expand your idea into a premise that evolved from “just” an idea, then you have a book. Now what?

I’ll be exploring that “Now what” aspect in future posts. I’m writing Jimmy’s sequel, expanding his world into a series, and I’m going to dig in to those now what requirements. I’ll examine this as edit my memoir, too, as I explore the non-fiction aspect of what makes a book a book.

Whatever the genre, we can all learn how to turn our book into a book.

Like Loading...
This entry was posted in Writing and tagged books, eBook, Jimmy the Burglar, Michigan, writing. Bookmark the permalink.